Chance encounters in the workplace help build trust – so how do you replicate that online? 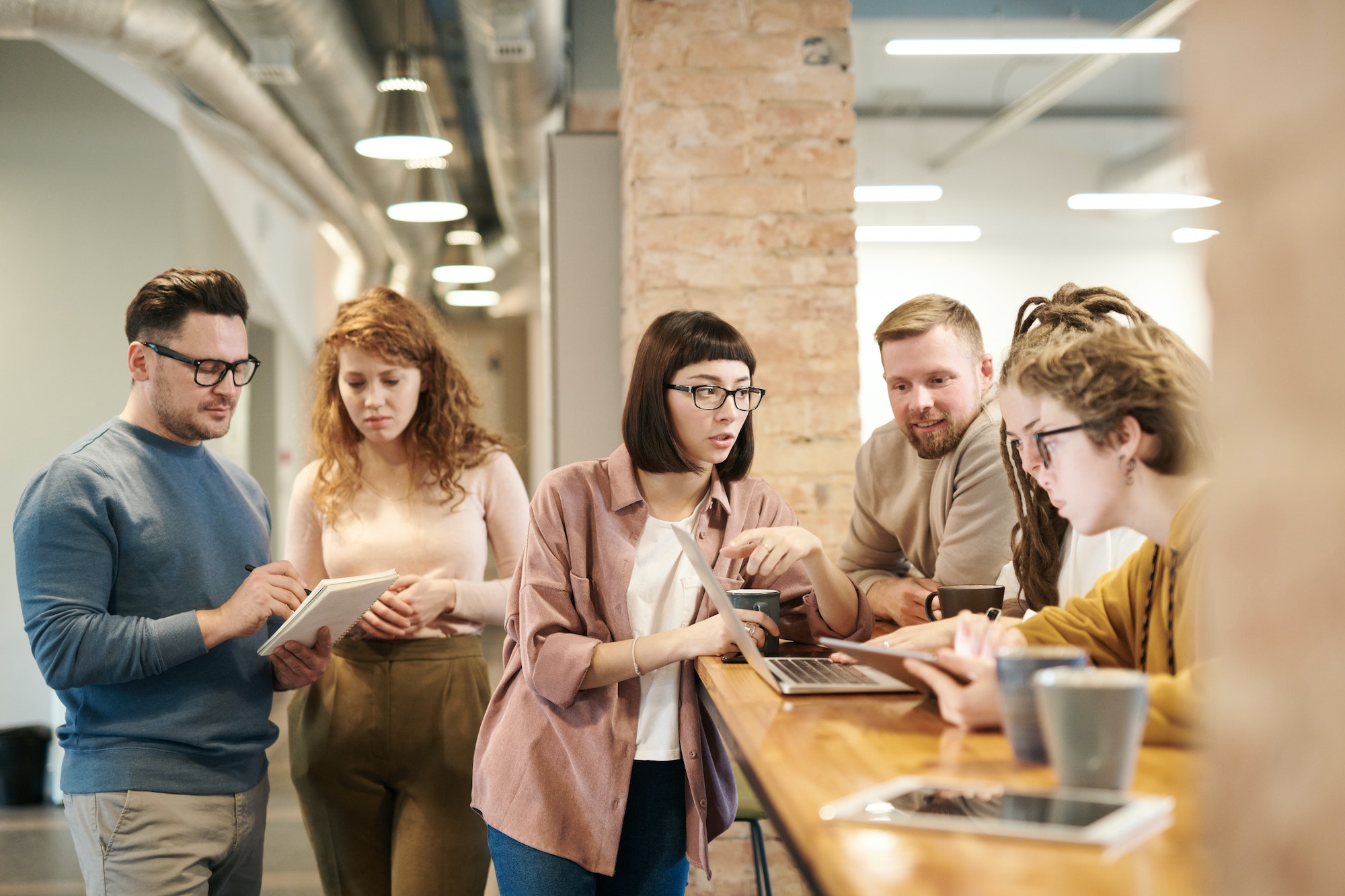 For many of us it feels like there’s no going back – at least not full-time. We’ve had working from home foisted upon us. We’ve worked through it. We don’t want to give it all up. Yes, there are employers who want everyone back into the office. Google, for example, plans to end its global voluntary work-from-home policy on January 10. But other employers are happy to let staff continue to work remotely. Australian software company Atlassian, for one, is insisting only that its employees come into the workplace four times a year.

Studies and surveys are consistently clear: most of us don’t believe our productivity has been harmed, and those who do are offset by those who think they are more productive. Crucially, many managers feel the same way. The real sticking point in working from home is not the “work” part. It’s the loss of the fun parts of a workplace – the informal networking and socialising that’s good for the individual as well as the group.

Managers have had their reasons for being averse to remote working. Quite apart from worries about individual productivity, many studies have shown how proximity promotes communication. For example, when Harvard organisational researchers Ethan Bernstein and Ben Waber examined a major US retailer occupying a campus with more than a dozen buildings, they found just 10% of all communications took place between employees whose desks were more than 500 metres apart.

Over the past 18 months there have been many experiments with using technology to replicate this communication. I’ve been part of one as a university academic, moving all my teaching online, and another as an organisational consultant, helping a small enterprise make the shift to remote operations.

My client, a small private TAFE college, has 11 permanent staff as well as casuals. In May 2020 the college asked me to help it move all business processes – teaching, office communications, support services and more – online. This had to be done on a shoestring given the financial impact of the pandemic. In this work we agreed it was fundamental to address the need for socialising. This presented some challenges, particularly for a small organisation.

The value of ‘casual collisions’

Work-based socialising occurs in two broad ways. First are “organised” social activities, such as sharing a morning tea, getting lunch, or having drinks on Friday night. To some extent these aspects are the easiest to simulate, using conferencing apps. For my client, this included activities such as virtual drinks and online games.

It’s easier to simulate organised activities such as after-work drinks than the haphazard ‘casual collisions’ of the physical workplace.

More difficult to replicate are what organisational expert Jessica Methot and her fellow researchers call “casual collisions”. As they wrote in the Harvard Business Review in March:

The tidbits we learn about our colleagues – for instance, that they play guitar or love dogs – build rapport and deepen trust. Research even suggests that chance encounters and spontaneous conversations with our coworkers can spark collaboration, improving our creativity, innovation, and performance.

One of the best-known examples of designing a workplace for chance encounters is the headquarters of Pixar Animation Studios, which Steve Jobs oversaw during his exile from Apple. The building has a central atrium with bathrooms only on the ground floor, the idea being to create more opportunities for people to run into one another.

Yet the research by Methot and her colleagues also shows small talk can be both uplifting and distracting. This makes attempts to use software to replicate this informal, unstructured socialising even trickier.

In seeking to provide staff with an online substitute for casual collisions and chats in the lunch room, we chose an “enterprise social networking service” called Yammer. There are alternatives, each with their own strengths, but Yammer has the advantage of functionality similar to Facebook. The idea was to provide staff with an intuitive tool to communicate, and then leave it to them to use it as they liked.

It’s a work in progress. We’ve learnt some things along the way. One complaint was we didn’t provide enough initial training on how to use Yammer’s main options, which meant some staff took time to appreciate its use. But most feedback has been positive. Despite the unplanned (and therefore chaotic) nature of the move, surveys indicate most staff think communication has actually improved. We appear to have avoided distance destroying dialogue and breeding distrust, as reported in other workplaces.

Can technology ever fully replace the serendipitous exchanges of a physical workplace? I doubt it. But done well it may provide enough of a facsimile to ensure there’s no downside to staff continuing to work a few days a week from home.

This article is republished from The Conversation under a Creative Commons license. Read the original article.